On Sept. 26, the staff and attorneys of Michael J. O'Connor & Associated laced up their hiking boots for an exploration of the Lofty Tunnel, just outside of McAdoo.

In addition to exploring the tunnel, staff members visited a greenhouse complex that grew over 700,000 mums this summer, using the power of the local Cogeneration plant.

Together, the staff and attorneys enjoyed a day outside of the office to take in the changing color of the leaves on a beautiful fall day in Pennsylvania. 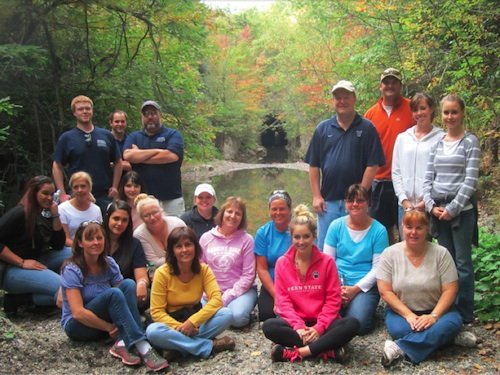 What Can We Help You With?
Contact Us
Practice Areas
Search this site
Client Reviews
★★★★★
No improvements needed. Everyone was very friendly & helpful. Christine F.
★★★★★
I only talked to Anna she was super!! I don't see anything you can do to make it better or easier. I feel bad it took me long to pay you. I never thought I would get approved in five months. I loved what you all did for me. Sandra S.
★★★★★
The services I received were exceptional. Robyn J.
★★★★★
I don't think there is need for improvement. My cases were handled with such care and consideration I would bring any case here. Angela S.
★★★★★
Would you recommend our services to others? Yes, I was so pleased, and so thankful for everything. Any additional comments... none, you are awesome, thank you again. Jamie B.
View More
Submit a Law Firm Client Review